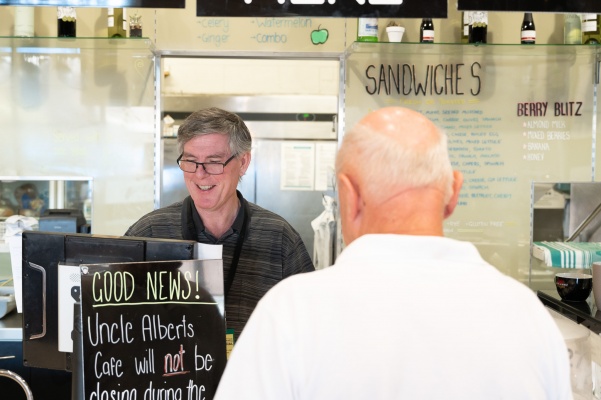 The $110 million redevelopment of Coles Norwood signals an exciting new chapter for The Parade. But as construction commences it’s still business as usual for the longstanding traders of Norwood Mall. Wander down the mall and you’ll find a welcoming community of business owners from all walks of life, so there’s never been a better time to get to know the traders of Norwood Mall. 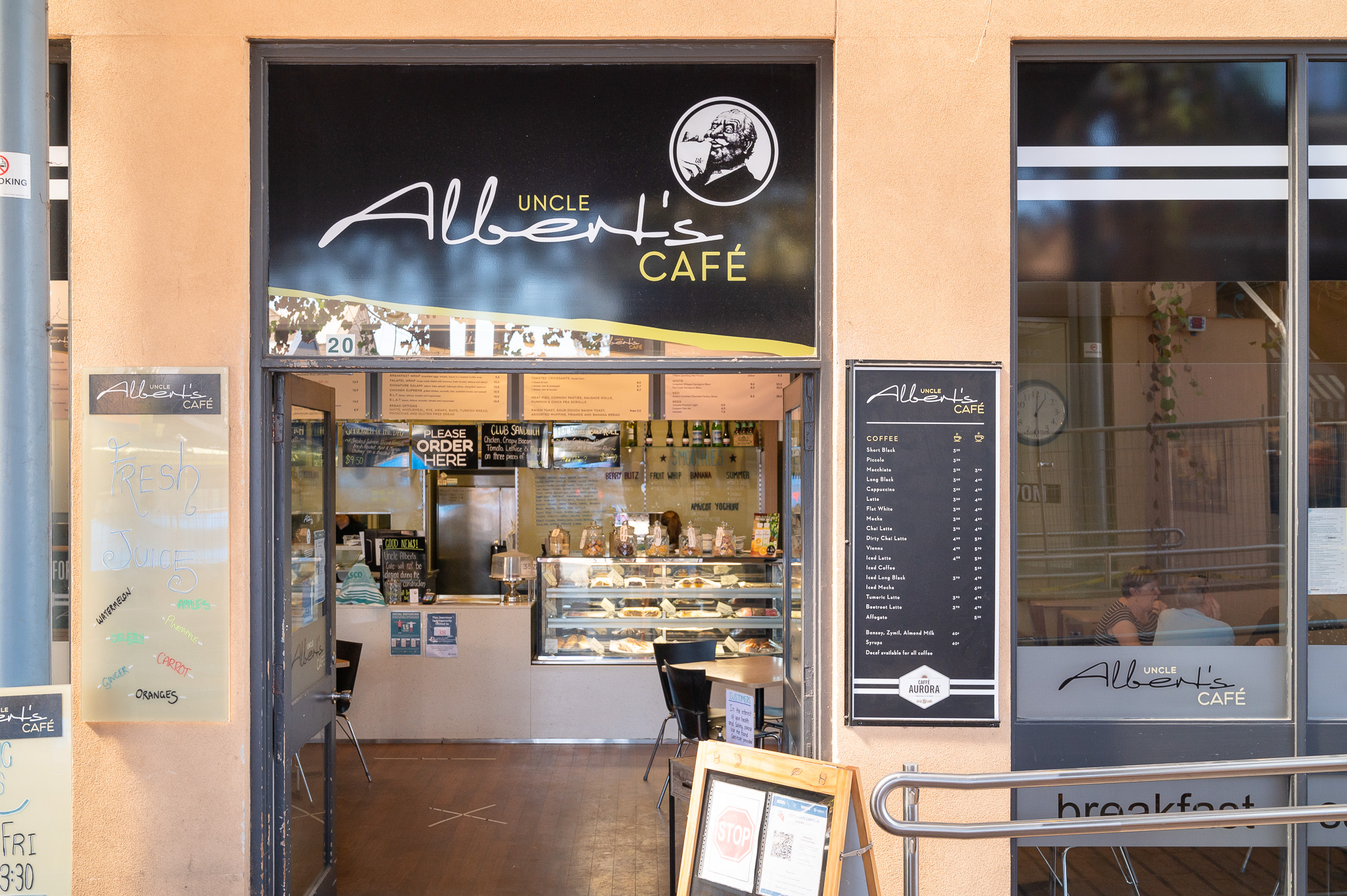 Ever since a gentleman named Albert decided that he could find a more appropriate name for his venue than Aunt Nellie’s, Uncle Albert’s Cafe has been renowned as one of the most welcoming spots on The Parade. But recently the portly man wiping his mouth with a handkerchief on the cafe’s logo has acquired a new piece of clothing.

The yellow hardhat atop his head is part of a tongue in cheek transition to Uncle Albert’s Construction Cafe, and the cafe’s outdoor seating has also been moved slightly down the mall. But owner Julian Gambling still puts the tables and umbrellas out every day and all the other touches that have made his venue a Norwood institution remain intact.

The secret to the establishment’s longevity, he explains, is consistency. His customers know they can rely on the menu of filling breakfast and lunch classics that are available all day, alongside soup or salad specials and a broad selection of cakes to go with the coffees that many of his regulars order.

And Julian knows the importance of a familiar place better than most. “Even though I'm from England, I've not lived much in England,” he says amusingly. Two decades in the armed forces saw him moving around the world regularly before he settled in Northern Ireland with his wife. A trained chef, she helped him run several coffee shops before the pair moved to Australia and bought Uncle Albert’s in 2014.

“Because of my background, I'd never even spoken to a civilian in a work context until I was 39,” he recalls. “So when I got my first cafe, I'd talk to anybody. As they say in Northern Ireland, you have a bit of a fun with them, a bit of a laugh and a joke.” 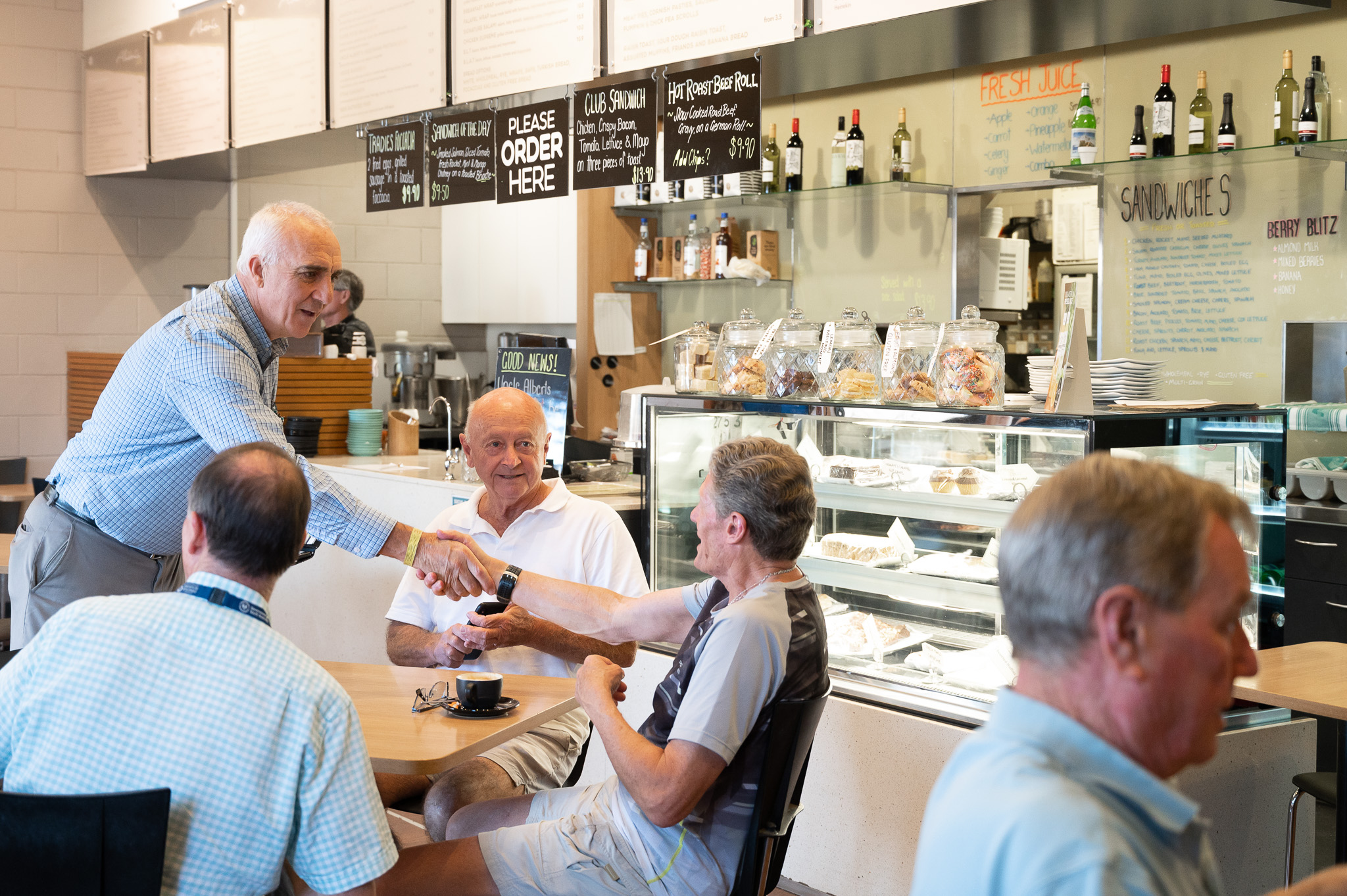 Julian’s friendly manner is a key part of the appeal at Uncle Albert’s, along with the warm ambience that makes every visit such a pleasure. “The great thing about Norwood is you’ve got a plethora of cafes and restaurants to choose from,” he says. “What makes Uncle Albert’s special is how welcoming it is - I know my customers’ names and what they drink... That’s why we’ve got customers who remember coming here as children, now they’re bringing their own children in.”

“We have regulars who come here every day, and people who used to visit but have moved to Victor Harbor or even Kangaroo Island. They always come in and say hi when they’re in town because they know we’ll look after them.” 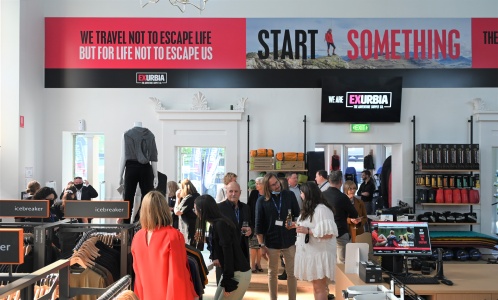 The Parade has a new temple to adventure

In 1909, the year after the Scouting Movement launched internationally, the first person to fill the role of “Scout Outfitter” in the state was James... 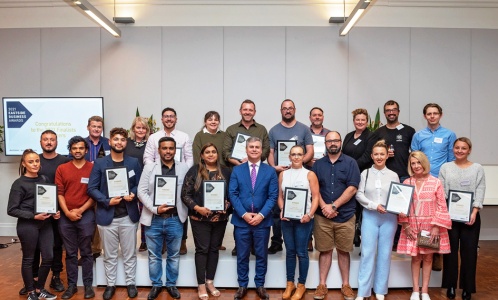 The Eastside Business Awards has once again proven to be an overwhelming success with 9,584 votes cast and a much-loved business — which helps animals... 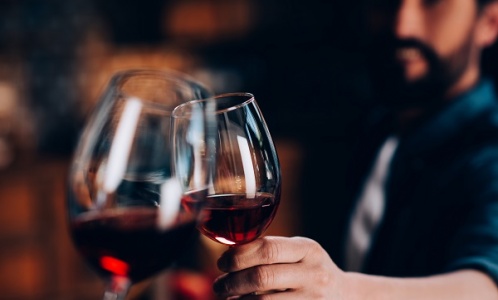 When done right, February 14 can be one of the most memorable days of the year, but leave it too late and it can easily...